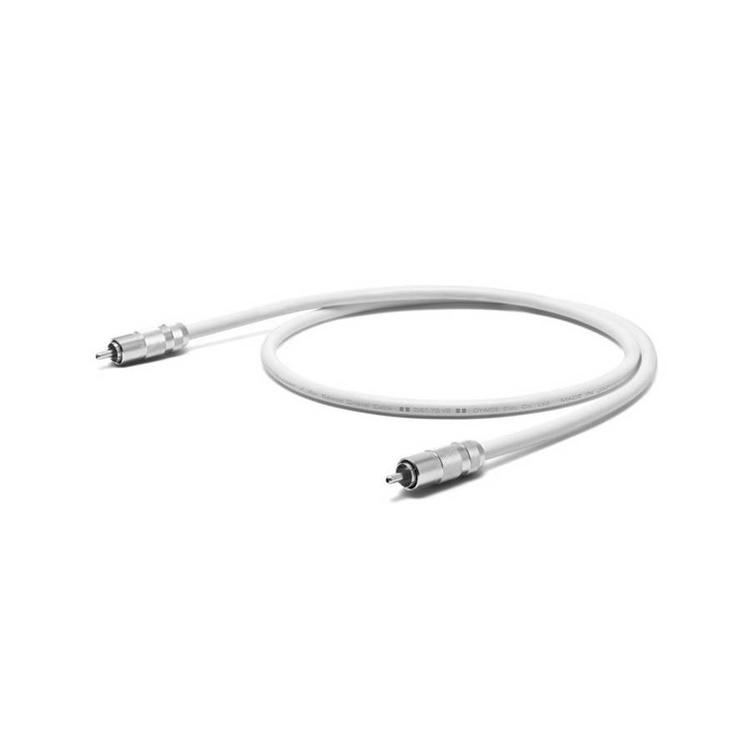 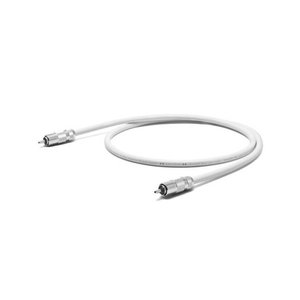 Conventional, SL-75R adoption conductor OFC (appeared in 2004, the end of production in 2010), (appeared in 2006, current) DR-510 of adoption conductor sterling silver 5N as a model best digital cable 75Ω coaxial electric Oyaide is is lineup was not it. In recent years, DD along with the rise of PC audio converter, USB-SPDIF conversion function had appeared a large number, there is a growing demand for digital coaxial cable with it. In order to meet these needs, electricity Oyaide, I have developed a 75Ω transmission cable with excellent cost and performance, rather than how performance can also hi-res wide-range high-density data are treated in PC audio. Coaxial cable that named DST-75 has adopted a single line consisting of copper φ1.0 PCOCC-A to the center conductor. String through the polyethylene between the central conductor and the polyethylene tube, I have provided an air layer between the inclusions. Structure is very close to the air insulation is ideal insulating method, called "structure Koruderu", this cable structure, are held down to the minimum dielectric constant is contribute to signal transduction inhibitors. By combining terminal connector, DST-75, the antenna deployment cable, digital coaxial cable, the cable many variations. The DST-75R 75Ω coaxial digital cable, digital connection between digital devices in S / PDIF (such as type RCA), superior performance. Also, because you are using a single core conductor of 1.05mm PCOCC-A high quality, the use of two for stereo, we demonstrate higher performance as an analog cable. Also, (with one composite video input and output, component video input and output in the book 3) video input and output TV, stereo amplifier, AV amplifier, etc. It is also suitable to the equipment from HD recorder, Blu-ray, such as a DVD.

Adopt a single line consisting of copper φ1.0 PCOCC-A to the center conductor. Copper wire made of high-quality audio for Furukawa, and wide dynamic range from the height of that resolution, many are used in our products, PCOCC-A is a conductor with a reputation.

Insulator
Between the center conductor and the polyethylene tube, through the string employs polyethylene, I have provided an air layer between the inclusions, the structure Koruderu. Thus, the implementation was reduced to limit the loss due to dielectric insulator, the ultra-low-loss coaxial cable.

Shield layer
The shield has adopted a double-shielding by PCOCC-A mesh shield with 90% shield copper foil shield and boasts a rate of 100% shielding.

Exterior
PE outer sheath flex adopted to balance the electrical properties and flexibility.
And while (6.6mm) corresponding to 4C, to ensure the diameter (1.0mm) corresponding to 5C, outer diameter cable center conductor compatibility and ease of handling of the line 4C, the ability of stable transmission line 5C.

Original rhodium-plated RCA plug
RCA plug on the cable attached to the terminal, adopted (non-single sales article) plated RCA plug two layer / original silver rhodium Oyaide electricity. Made of brass with clear European RoHS directive, the body of the RCA plug is the center pin is a tube structure in order to ensure the transmission of the signal area. In addition, by plating two layers of silver and rhodium plating, all contact parts are to prevent corrosion of the contacts. In addition, a low dielectric constant of PTFE is adopted, the inner insulating material, which in order to reduce the transmission loss. Cutting is done carefully one by one by the NC Machining, then chopped finely knurled, the outer shell of the shell, the chrome-plated finish verification has been made as well as the lens of the camera. Precision machining of parts procurement from RCA plug These are all done in Japan.