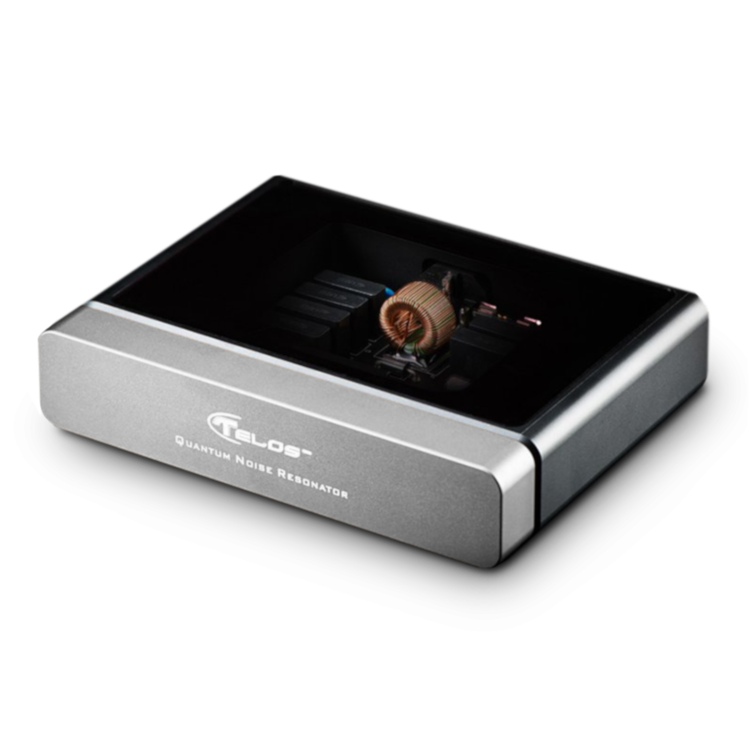 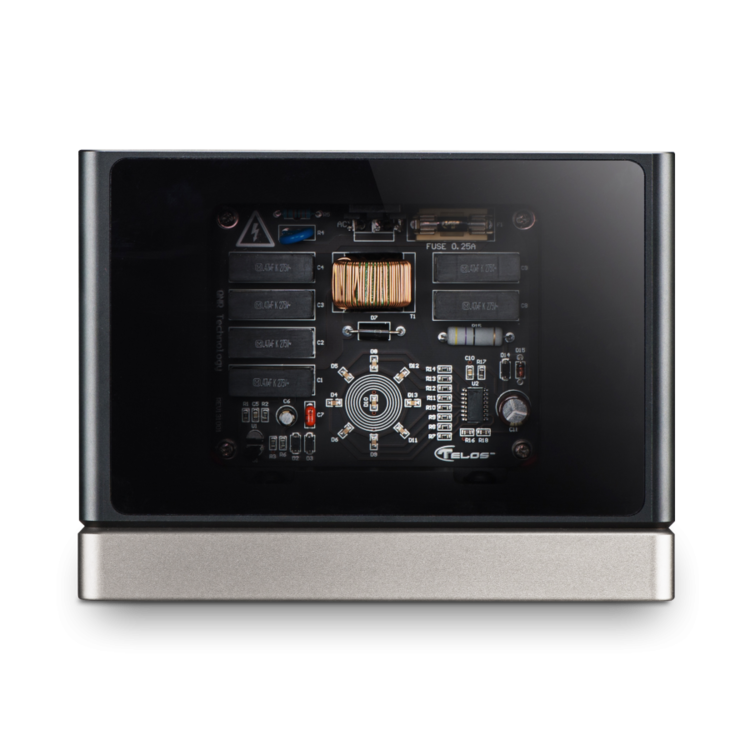 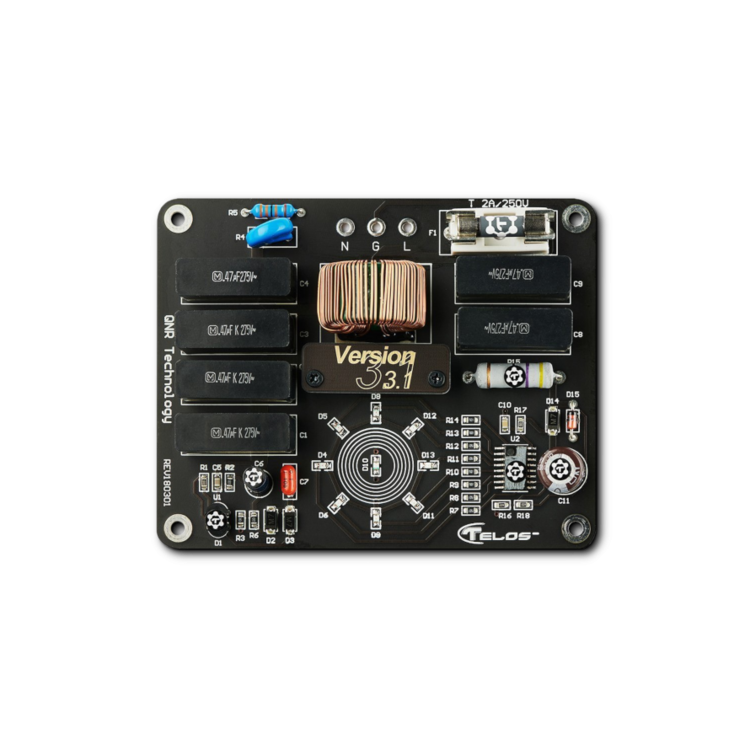 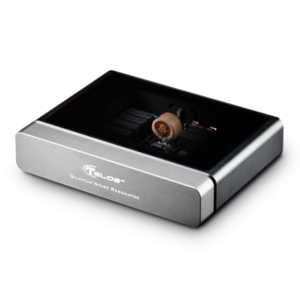 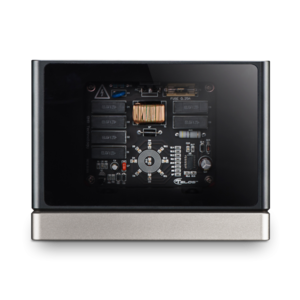 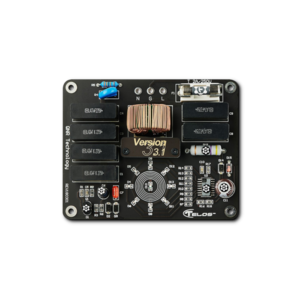 Telos Audio Design Quantum Noise Resonator acts like a shunt power conditioner that detects mains interference and noise induced by the HiFi equipment. This is the very first time a circuit design has been developed which can transform a combination of resonance and noise into light. The internal quantum modules are combined with eight resonant channels and a microprocessor, the circuit detects the power outlet wave type by the internal circuitry, and generates instant synchronous phase distortion compensation which is made for the correction of the waveform through precise resonance and to reduce phase distortion.

For the version 3.1 upgrade, each individual part is hand-selected in a similar way to the method used for instance by FM Acoustics. The parts are closely examined, tested and listened to by two engineers only who have this level of expertise. The result is that on average, only 1 part is approved of 16 parts purchased by the company. As you can imagine, this procedure is very time consuming…and costly, because all of the parts that do not meet Telos’ high standard are discarded. Telos has purchased more than 10,000 parts and hand-selected the ones to be used in their V3.1 products one-by-one. It takes 720 parts to build just one QNR V3.1!

Market trial run involved more than 20 customers upgrading to the V3.1 version. Their feedback was extremely positive as they spoke of a 300%~500% improvement! One customer said that the V3.1 upgrade was like adding USD30,000 worth of audio tuning accessories to his system.